I have longstanding good memories of meeting Bruce and collaborating with him – first in a study year at the Center of Interdisciplinary Studies at the University of Bielefeld in the mid 80s and then, a decade later, at the Max Planck Institute for Psychological Research in Munich where Bruce visited us regularly and served as a Scientific Advisor for the Institute. The last time I saw him was again in Bielefeld at a conference on occasion of the 25th anniversary of our former study year.

What I liked so much about Bruce’s science was the classical style of his approach. As concerns his research agenda, he was very much committed to classical problems of perception and action and the legacy of authorities like Helmholtz, von Holst and Gibson, rather than tackling novel issues in the field that may be easier to solve. As concerns his style of doing science, he was likewise committed to the classical attitude of friendly skepticism – skeptical reflections and discussions of theoretically motivated opinions rather than mere collection of data and empirically substantiated facts.

As I see it, Bruce was, on a worldwide scale, certainly one of the most prominent scholars engaged in the study of relationships between perception and action in the spatial domain. Moreover, he had the talent to practice his science and its in-built skepticism in an extremely friendly and constructive manner so that talking to him was always a pleasurable intellectual experience. I am sure that his memory will be enduring. 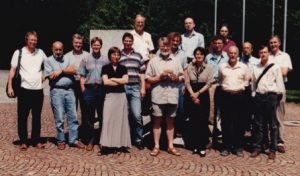 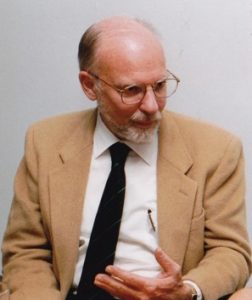 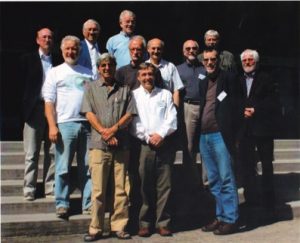